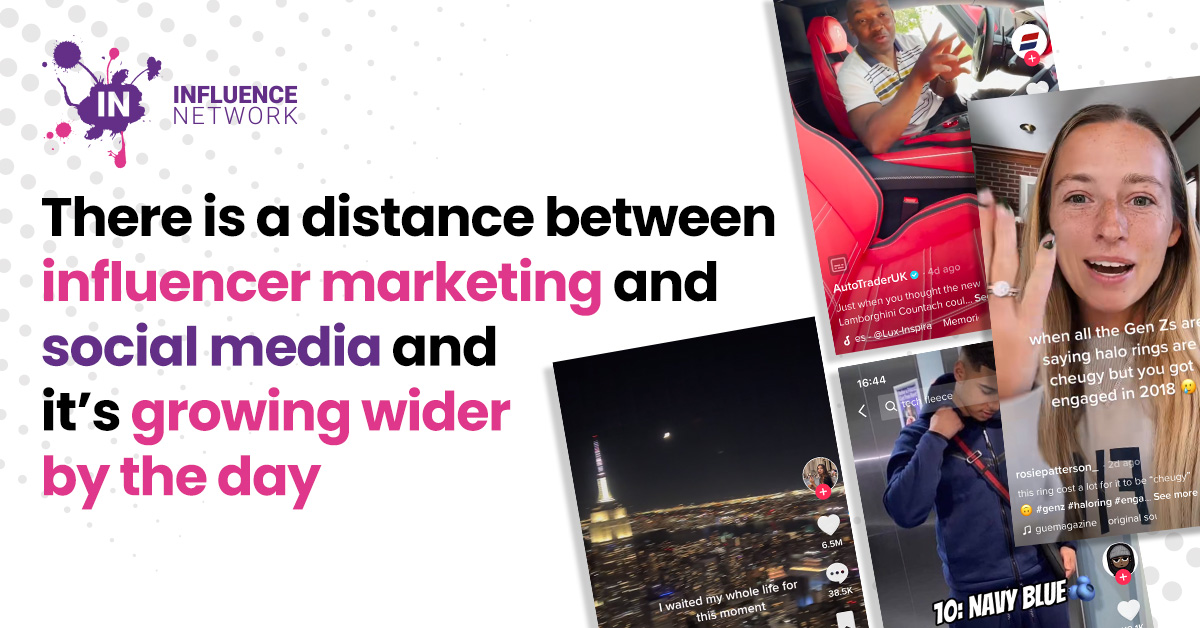 Is TikTok a social media platform, or an advertising channel? Are influencers social stars, or creatives? What does the emerging gap between social and influencer marketing mean for your company?

Writing in The Drum, Leroyson Figueira, Creative Director of global agency 160over90 has some interesting things to say about TikTok’s place in the media landscape.

There’s more in the article itself, which I’ll let you read in full. In essence, Figueira is articulating a question which is increasingly driving the internal conversation at brands and agencies, when it comes to considering how and where to deploy influencer marketing efforts.

Is influencer marketing still social media marketing and, if it’s not, then how does that affect brand and agency marketing efforts?

Influencer marketing’s relationship with social media is, without doubt, undergoing change. If we agree for the purposes of argument that the two are separate but simultaneously that they generally have a co-dependency (influencers need some level of social to generate reach), then they are co-dependent entities arguably moving in different directions.

We often quote the following statistic (and included it in our recent whitepaper):

“Almost 75% of Gen Z and millennials follow influencers on social media. 50% of that audience say that they trust influencers to give good advice about the brands and products they are promoting.”

But that statistic fits neatly alongside another similar one:

“Only 14% of consumers believe the information they read on social media is trustworthy. In fact, only one in ten Brits trusts social media advertising at all.”

Influencers are a high-trust group of people who predominantly communicate with their audience through a low-trust platform.

Couple that with the fact social media usage is declining amongst younger generations (except, interestingly, when it comes to TikTok) and you have a powerful argument that the post-social era is on the horizon.

If influencers are not beholden to social any longer though, then what does the future hold? How are forward thinking agencies and brands utilising influencers now? And if the split between social and influencers widens then what are the implications for our marketing in 2023 and beyond?

X key factors that influence the future of influencers

TikTok and YouTube have social elements, but as Figueira’s argument goes, they are channels which primarily value creativity, rather than social interaction. The more creative you are on these channels, the more likely you are to reach and influence your target audience. More alternative content delivery mechanisms will emerge in the coming years, featuring algorithm-led content delivery and the democratisation of what constitutes ‘valuable’ content. Influencers - or, in this case, should we say ‘creators’ - will be the main beneficiaries of these channels.

‘Reach everywhere, conversion anywhere’ has been a concept for a reasonable amount of time. Now, with influencers, it’s arguably the pre-eminent concept, particularly where influencer marketing is being carried out by an enterprise or at an enterprise level. Influencers may post on social media, but that doesn’t stop their content being used in traditional advertising, for example. As social media and influencers continue to drift apart, expect more creative use of the content influencers produce.

As agencies increasingly rely on the creativity of their creators, influencers will be given increased creative licence on brand projects. This is likely to be a positive for all involved, but comes with inherent risks. Management and management of the reaction to influencer/brand collaborations will take up increasing resource in a world of platforms where popularity is measured in creativity over clicks.

Influencers and social media then are drifting. TikTok, more than any other force, has shown what influencers can achieve when they are freed from traditional social media structures and the above paints a picture of where that could lead.

Social media though, isn’t done yet. Clearly influencers use their huge reach on social platforms to their advantage and more traditional social channels are wise to the rise of creator-led platforms. They will adapt, the algorithms will change and influencers will, to a greater or lesser degree, continue to leverage what they can on those mediums.

The post social era for influencers may instead just lead to more of the ‘influencers everywhere’ dynamic and the brave new world of social media 2.0. 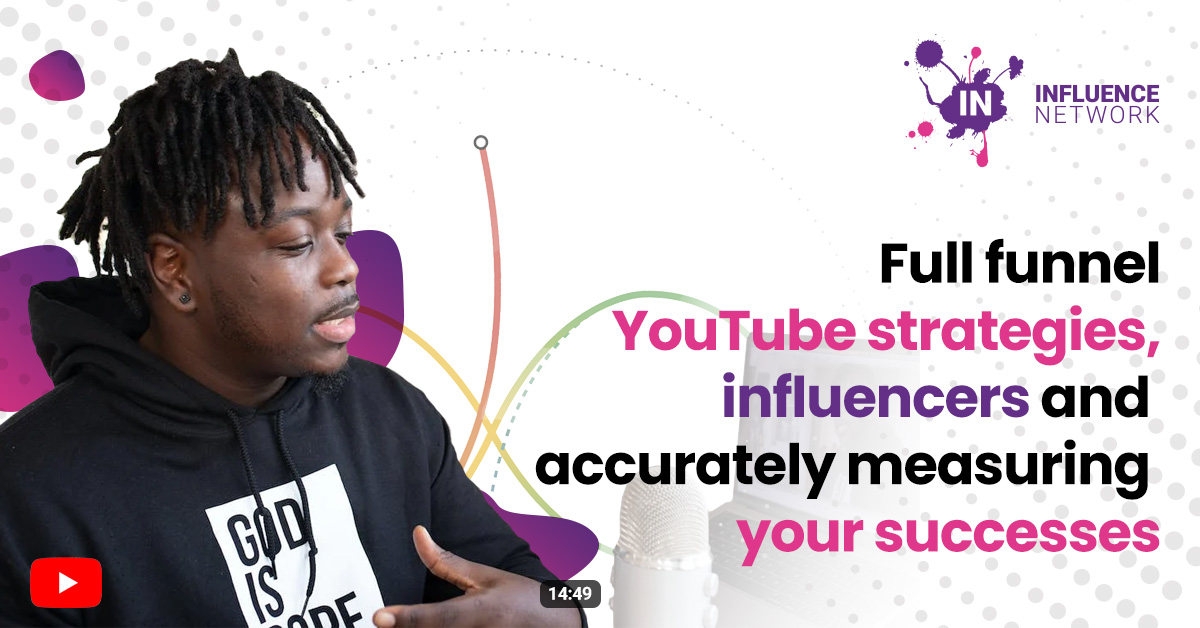 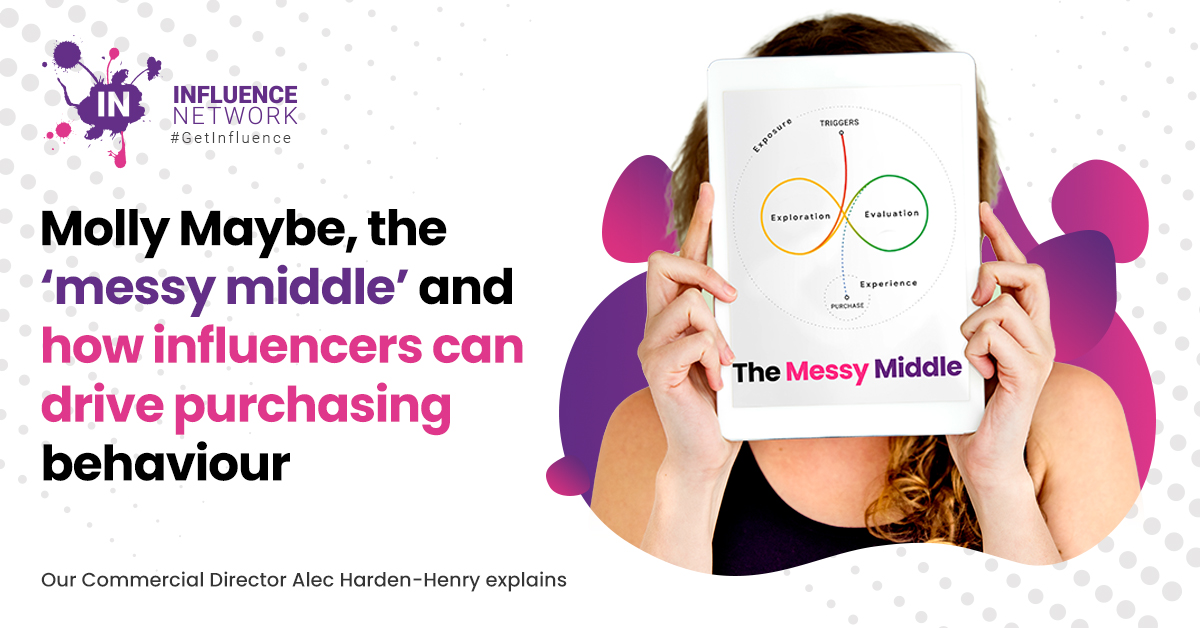 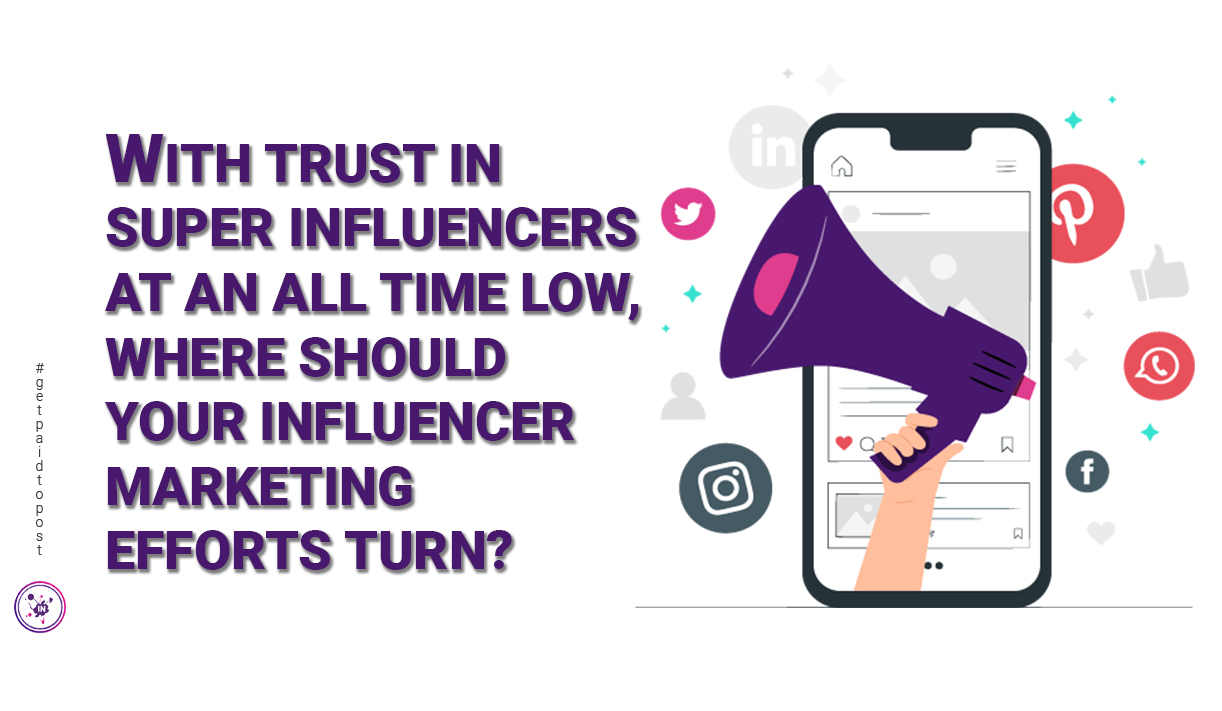