Influencers and your marketing funnel 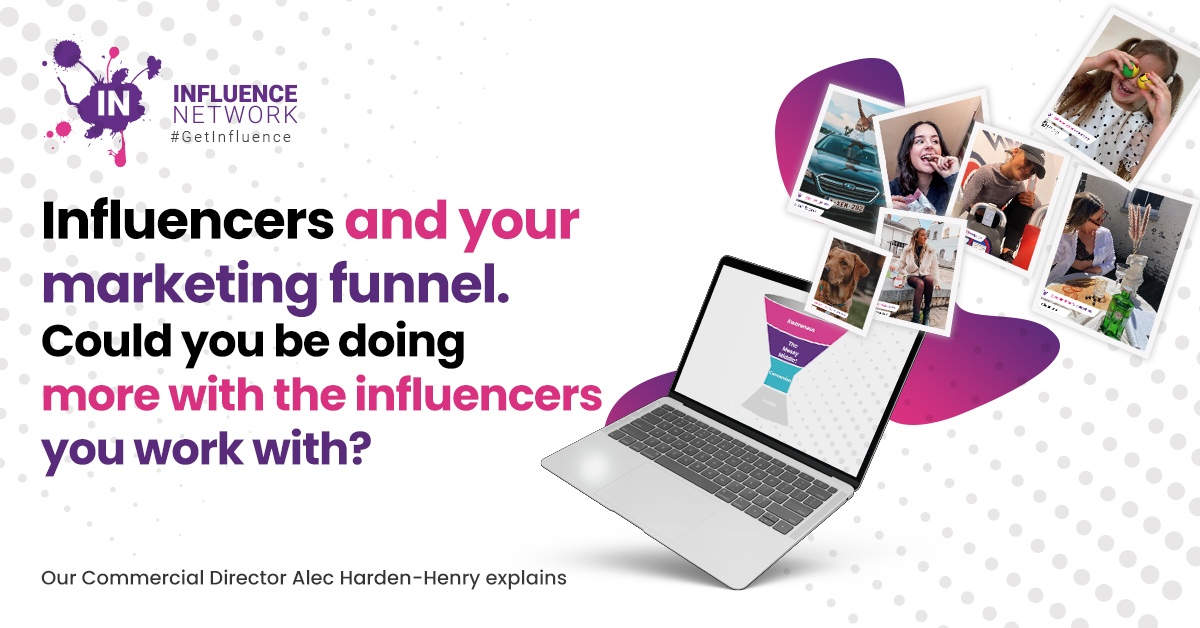 Could you be doing more with the influencers you work with?

It’s a conversation that probably happens in your marketing meetings weekly and between your influencer team on an even more regular basis.

We know influencers are driving successful marketing pushes at the moment, that they often far outperform other channels and that nearly every agency and marketing department has not only increased influencer marketing spend but also plans to continue to do so for the foreseeable. 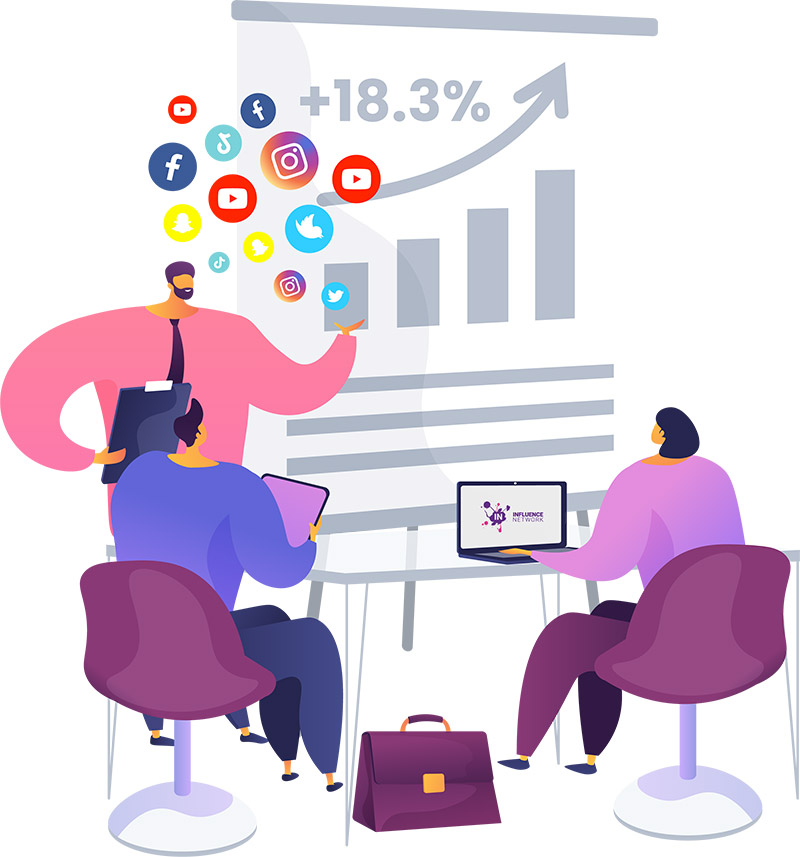 There’s no set model for influencer marketing… yet.

But as the sector continues to grow and mature we know a lot of agencies are trying to develop models, processes and strategies that seek to both streamline their influencer marketing efforts and boost their results.

Thinking about where influencers fit in the marketing funnel is at the forefront of this strategic approach.

The vast majority of influencer marketing campaigns are generally geared towards attracting new audiences and top of the funnel activities and perhaps that will remain true, particularly for brands whose major need is to generate awareness & recall.

But thinking about where else influencers can have an impact within your funnel gives you options to consider with your influencer marketing; options you may not have previously considered.

We’ve written in depth about influencer tiers here and although they’re not the only metric to consider (we look at EAS), it’s definitely worth looking at this before deploying influencers in your funnel, so here’s a very quick recap of the general tiers.

If you have an internal funnel structure that you swear by then it may be easiest to map your influencers to this, but if not then here’s a simple suggestion for a structure. 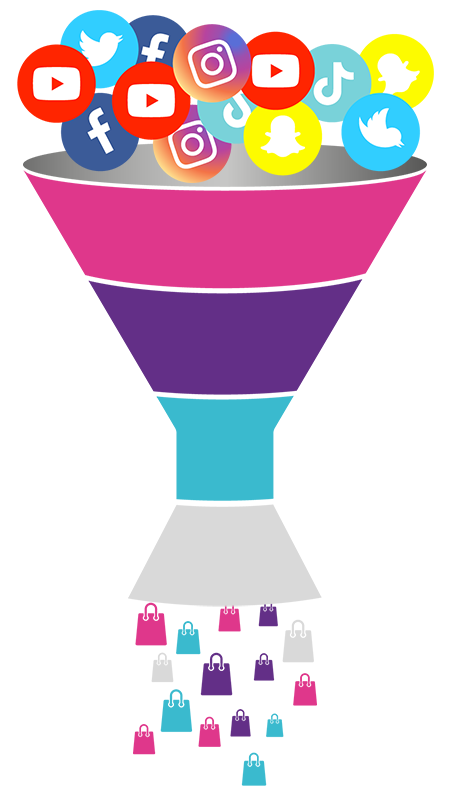 The idea of ‘the messy middle’ may be new to you, but we think it’s vital to deploying influencers in the most effective manner across the full funnel. We’ll talk about this more when we cover this stage in detail below.

So now we have a funnel mapped out and we’re looking at influencers in terms of tiers, so it’s probably no surprise that the next step in our funnel creation is to pair up influencer tiers and funnel stages.

It should be noted though that this structure isn’t prescriptive in terms of the stage each influencer tier works with; they’re just the stage we think they work best with. There’s nothing to say that Super influencers can’t be used to convert prospects (they absolutely can), but based on the cost and the actions they generate that may not be the best stage to deploy that particular group.

This is where thinking about influencers and your funnel really comes to life. When you get the theory right the potential is there to significantly boost your influencer returns. 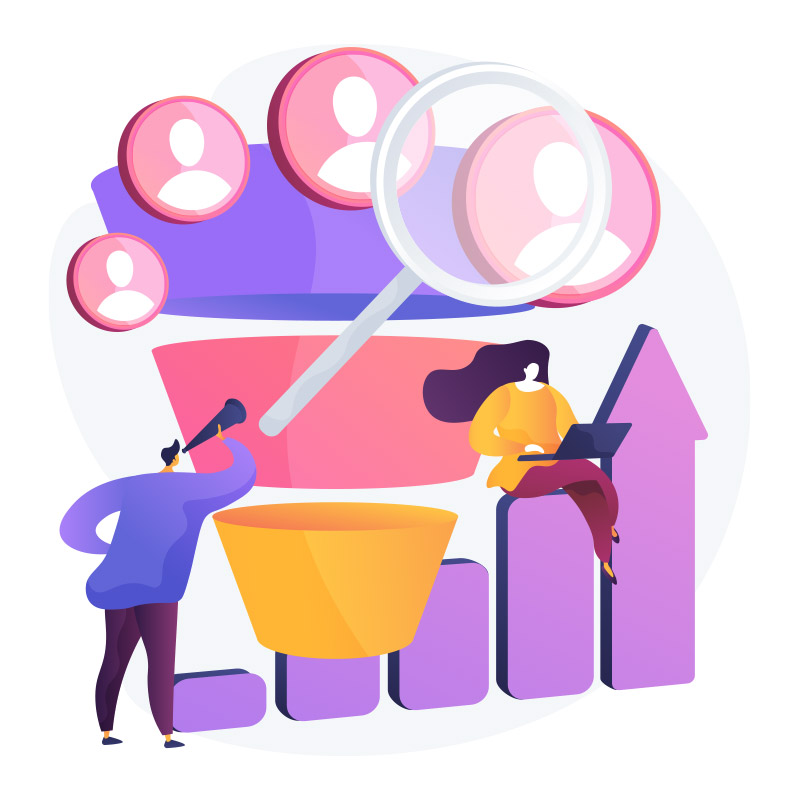 Macro and super influencers are aligned to awareness & recall by their very nature; they are vocal accounts with large followings.

This is your traditional influencer marketing campaign. Partnering with an influencer or group of influencers, you’re trying to amplify your brand and get it in front of more people.

We all know what an awareness & recall stage campaign looks like, so we won’t dwell on it here; you’re in the business of partnering with influencers to create and share something that builds brand awareness amongst the widest possible, relevant (albeit loosely defined) audience.

Awareness & recall campaigns are also possible with micro and mid-tier audiences, where the awareness needs to be generated within a more tightly defined demographic of followers. 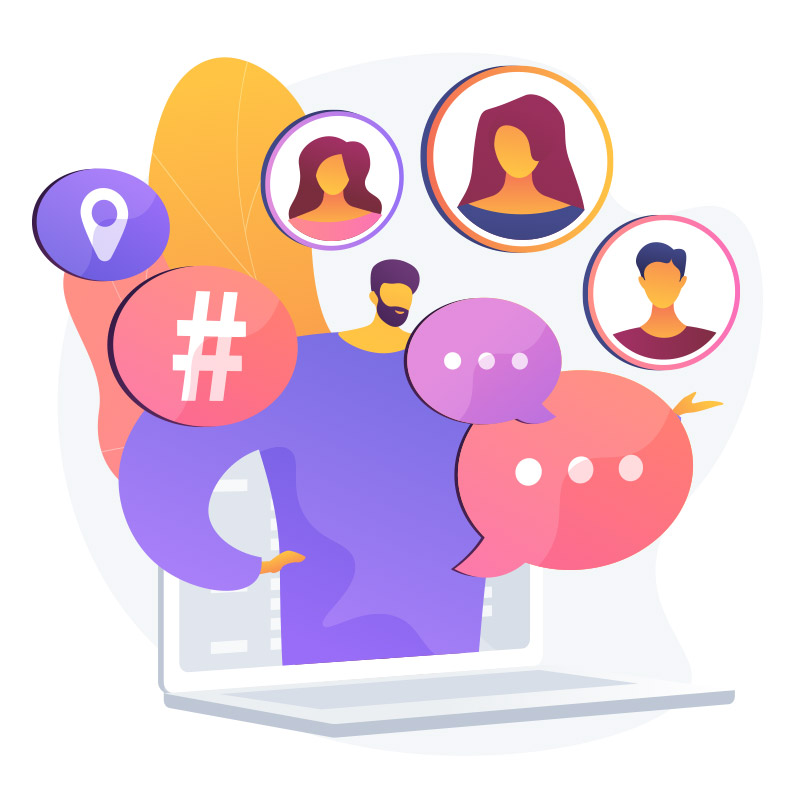 Here’s where things get really interesting and where influencers can really come into their own in your funnel.

The messy middle is a recent piece of research by Google, which refers to how people make purchasing decisions.

Traditional marketing funnels are linear, but the way any individual decides to buy something is not.

The messy middle is this buying process, a complicated web of exploration and evaluation, where any crucial piece of data could be assessed by a purchaser to represent the final ‘push over the line’ into a purchase. In Google’s own words:

“The goal isn’t to force people to exit the loop shown in the model, but to provide them with the information and reassurance they need to make a decision.”

Influencers - particularly in the micro and mid tiers - are effective in the messy middle, because their followers see them as trusted peers, experts in a niche that the followers themselves have a vested interest in.

This alignment between interests and an influencer’s trusted status puts them in a perfect position to provide the ‘information and reassurance’ we all crave prior to a purchase.

Micros, mid-tiers and, to some extent, macros, still have the type of relationship with their followers which makes them perfect for this stage. 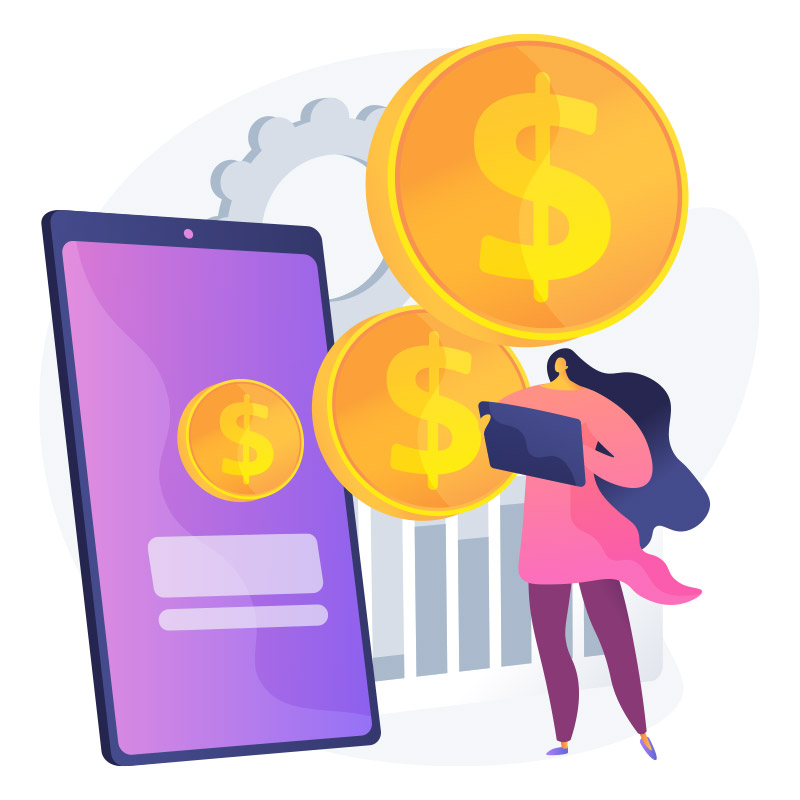 We’ve written in more depth about sales driven influencer marketing here but not all conversions are sales. The two main points are that a) it’s completely possible to sell and b) you should do it at the right time. I.e; when you have a good bank of prospective customers who have passed through the top and middle of your funnel.

Influencer conversion campaigns are characterised by ‘act now’ messaging and need to be hyper-targeted to a relevant audience who stand a chance of converting.

But don’t forget, last click attribution is just as big of a problem for influencer marketing as it is for every channel. Much of the influencer work in the messy middle and conversion areas of the funnel can feed into fantastic performance on paid social, search and display, when the customer has been primed to buy by all of the previous influencer activity. That’s why it’s so important to be present in the messy middle.

Smaller influencers have a higher impact at this stage, again because of their trusted status. Product recommendations that are well aligned with the influencer’s audience have a chance to be seen as genuine recommendation, rather than ‘salesy’ product push. Influencers in these tiers can make followers feel as though they’ve found the ‘best kept secret’ or ‘next big thing’ in a certain space… much like the influencer in question. 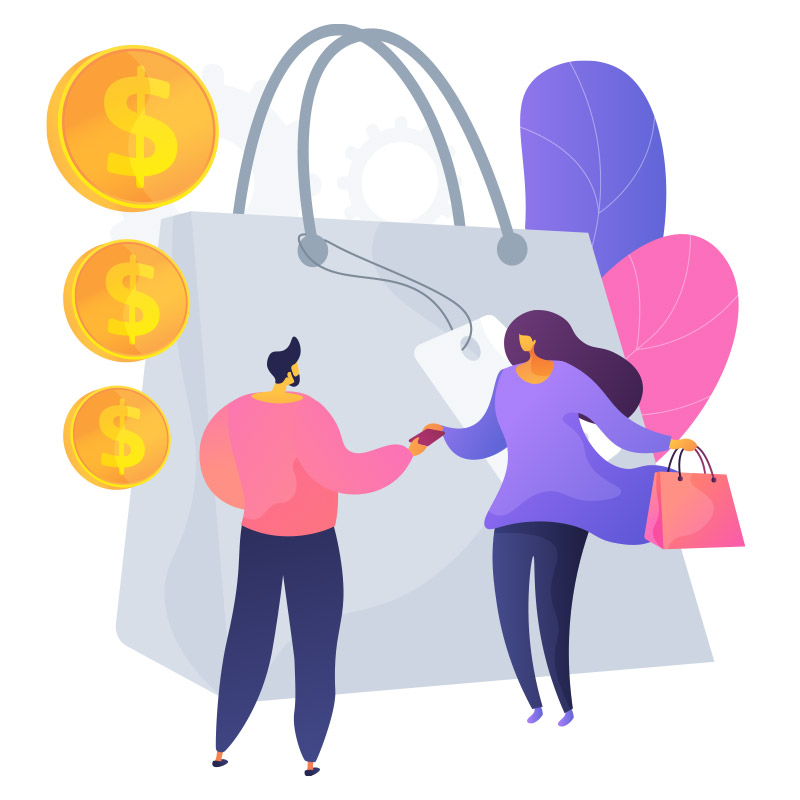 Loyalty campaigns reward existing customers or loyal followers; perhaps by way of an exclusive offer or competition, delivered through influencers.

They also empower influencers to become community managers, stepping in when problems arise, making sure that those all important customers aren’t walking in the front door and straight out of the back door. Instead they become connected to your brand, dare I say, they even begin to feel that they are stakeholders in your brand. However you view it, those customers will become advocates or evangelists in their own right, which in turn generates more customers and more repeat purchases.

As influencer marketing ‘grows up’ those in the sector are going to formalise approaches, techniques, platforms and structures. What once was ‘the wild west’ now has some rigour and process to it. And we all know good process breeds good results.

Increasingly, this process means thinking about where influencers fit in your marketing funnel and how your usage of influencers as a channel should change as a result.

The good news is that, at the end of that work, you won’t just have a great channel for generating lots of awareness around brands, as influencer campaigns mainly do at the moment. You’ll have a structured influencer marketing channel which in an integrated way engages audiences, gets them through the messy middle, converts them to customers and ensures they stay with you for a long time.

Influencers get results. Influencers as part of your marketing funnel are going to get you even more results. 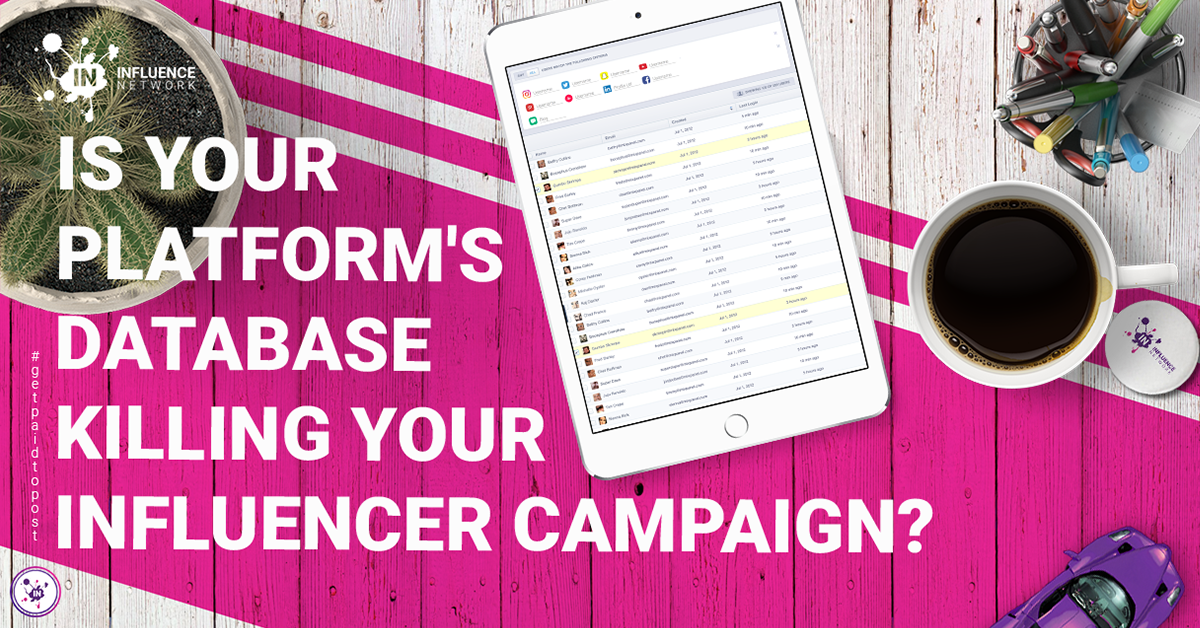 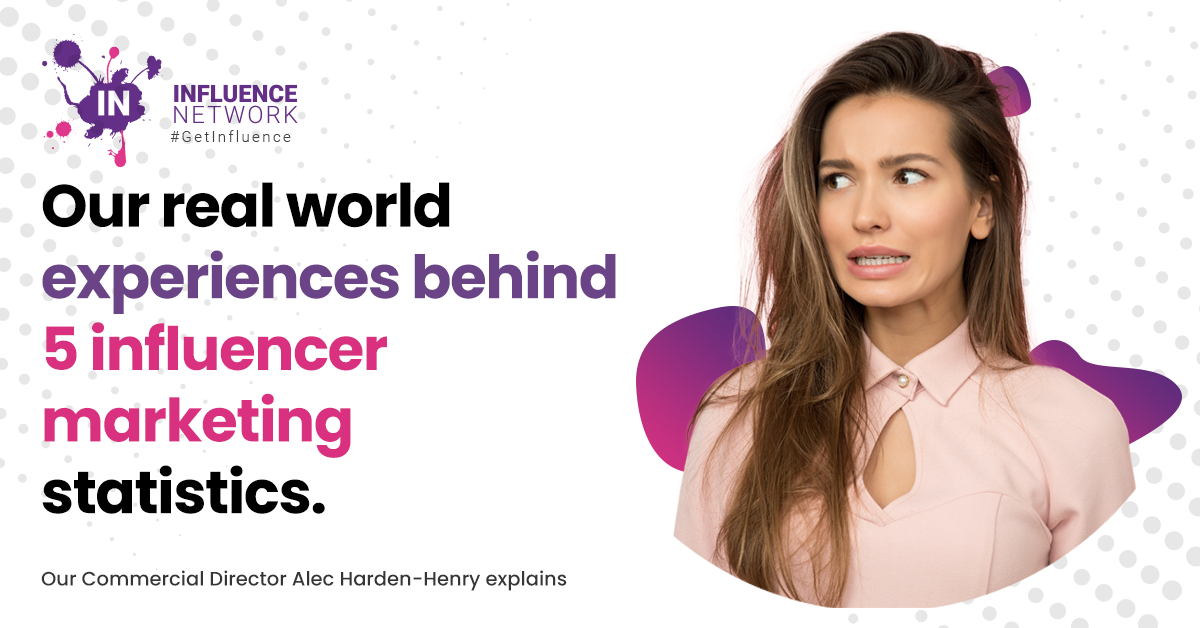 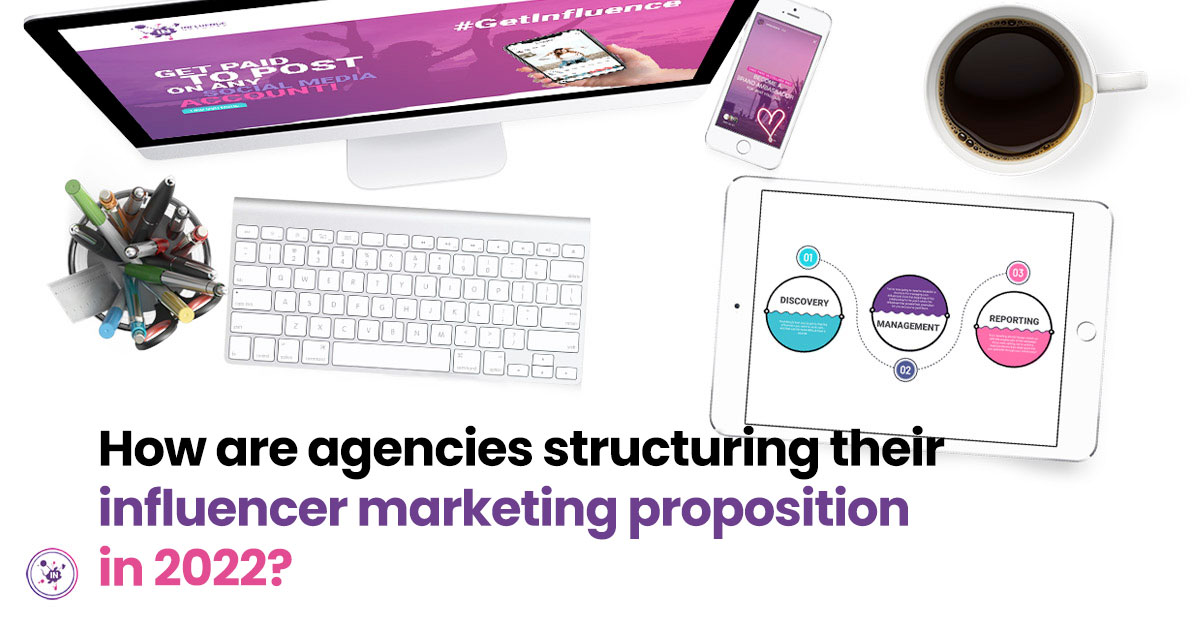 How are agencies structuring their influencer marketing proposition in 2022?