How did Influence Network start off 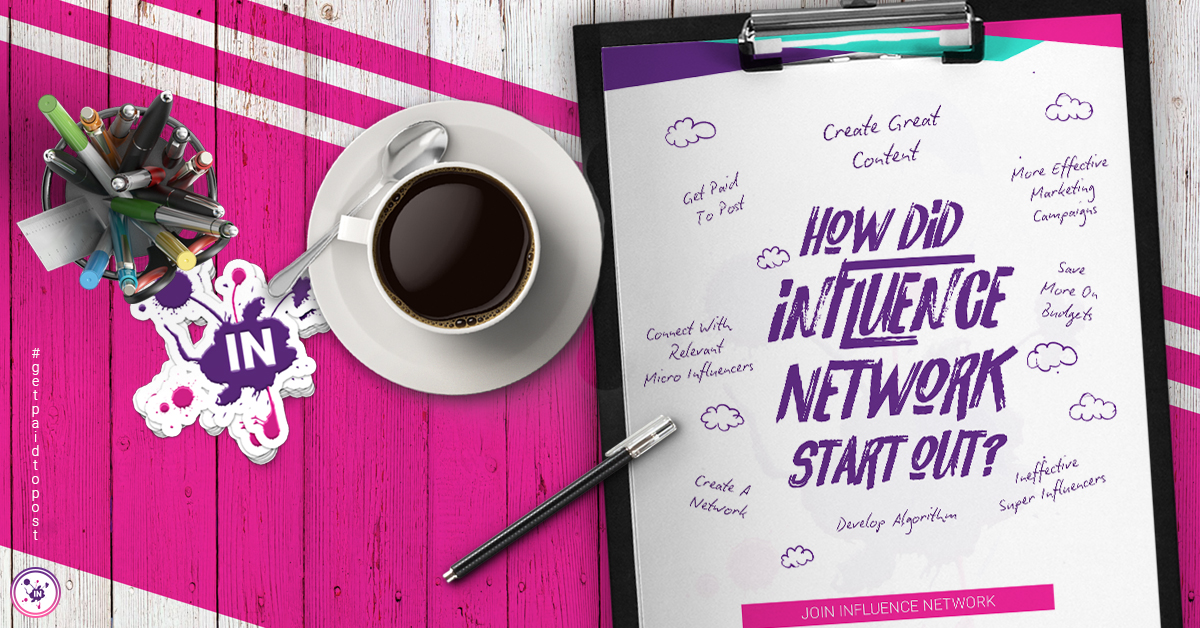 Our team started developing the algorithm behind everything a few years back in order to solve the difficulty we were having finding relevant, engaged influencers on the internet out of the millions of users on social media. After a little more digging into the market we also found that these micro influencers were far more engaged than their super influencer counterparts and created fabulous original content that rivalled and exceeded some stars! There was almost no platforms offering payment to these influencers for their great work, expecting posts for free or simply giving free samples and expecting great content from bloggers. When 2017 rolled around and micro influencer marketing had made it big in the news, we knew it was time to launch Influence Network to the public; and now we are here! Let us know how you got started in the comments.

Like most good ideas Influence Network came out of trying to solve a problem. We were wrapping up the end of another project and looking at effectively maximising the marketing budget with influencer marketing. The problem started with not being able to find relevant, engaged influencers on the internet out of the millions of users on social media. So instead of headbutting the laptop screen we did some digging into influencer marketing and discovered micro influencers were far more engaged and effective than the larger super influencers counterparts, they’d create their own content and wouldn’t ask for silly money to create content for brands. We knew then we needed to find micro influencers relevant to the project.