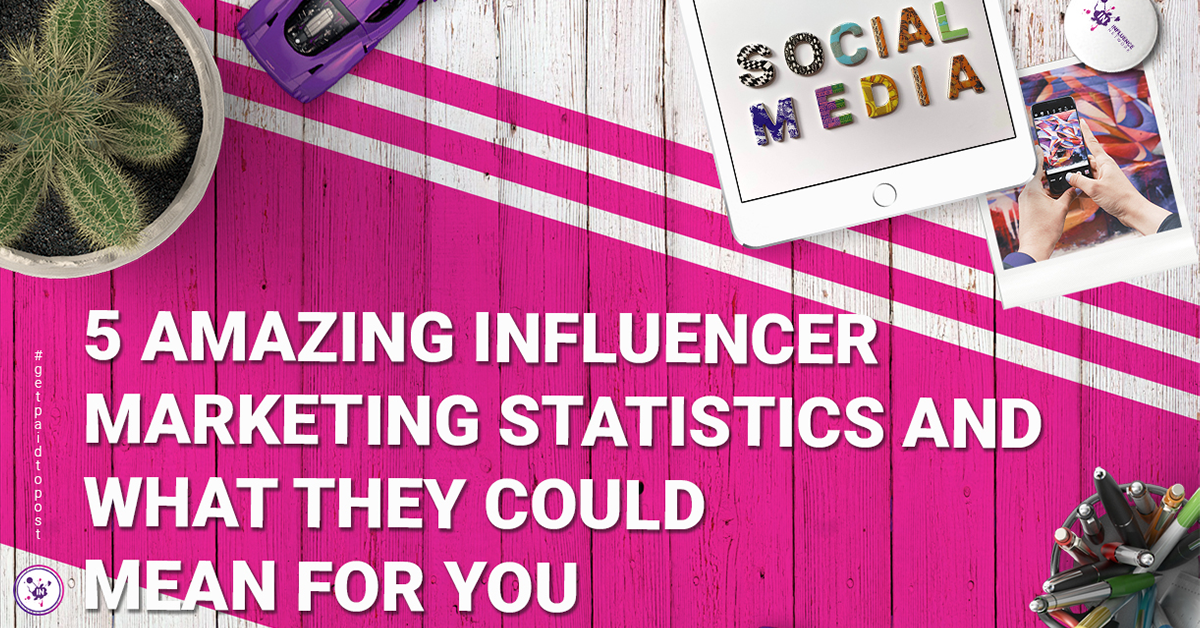 The influencer marketing industry is on track to be worth up to $15 billion by 2022, up from as much as $8 billion in 2019, according to Business Insider.

If you use influencers to market your brand then you’ve probably already seen this statistic, or something that looks very similar. It’s no longer a question of whether influencer marketing is on the rise; it’s merely a question of how quickly it is rising. The $15 billion predicted figure from Business Insider, suggests that the speed will be quite astonishing, with the industry almost doubling its total worth over 24 months.

The questions for marketers are therefore more likely to focus not on ‘if’ influencer marketing should be a focus, but ‘how’ it can be best harnessed and ‘when’ is the right time to get started.

For some brands the situation created by the global COVID-19 pandemic seems to have answered at least one of those questions. There’s little solid data available as it stands, but there is anecdotal evidence (from our own agency partners, if no-one else) that brands are moving towards influencer marketing as an option, given that many of their traditional sources are unavailable or offering unattractive returns.

Whilst the marketplace is growing, engagement is a problem for some brands. Data quoted by Buffer claims that the engagement rate on sponsored posts has fallen from 4% three years ago to 2.4% today.

There could be many reasons for this figure and the disparity between individual brands is likely to be large. Top end engagement rates could be much higher than this average, for example, whilst if you get your influencer of choice badly wrong, you could be at the lower end.

In either case, the fact that the overall drop exists at all suggests that there has been some poor practice over the last three years, something which we would describe as the ‘influencer wild west’.

Brands have demonstrably struggled to choose the right influencers and influencer audiences, resulting in influencer controversies that have been well-documented. 1 in 8 UK influencers (12%) admitted buying fake followers in the last six months. Because of the relative youth of the sector it was probably necessary for some brands to go through these experiences. But now, with lessons learned, it’s time for many brands to take precautions and move out of the ‘wild west’ into better territories. Many brands have already found a way to do just that by working with micro influencers in a data driven way. That’s a good move, because…

Micro influencer campaigns are driving 60% higher engagement rates than average campaigns. That means that if you’re using micro influencers in your campaigns, you are effectively reversing the engagement drop off of the last three years, mentioned above. Meanwhile, if you’re pursuing influencers with larger follower counts you’re risking fake followers and potentially problematic content creation practices.

There are two separate points here about the drive for engagement and the actions micro influencers can generate. We’ll come back to that second one shortly, but first it’s important to understand why micro influencers are in this position…

Consumers find ‘people like me’ credible. 61% of us, to be exact.

The ‘people like me’ factor is an incredibly powerful way of explaining the rise of the micro influencer to a prominent position in the influencer marketplace. Micro influencers don’t typically spend their time flying round the world on private jets. They use products we can all afford and they champion brands we already quite like too. They often act as almost a second opinion service; highlighting something we may have considered once upon a time or using a new product from a brand we’re already loyal to.

Micro influencers are more attuned to their audience because they engage with them and because, really: they are their audience… with a slightly better grip on how to use social media and more time to do just that. And that’s not all they do…

People act on what micro influencers say: 58 percent of people have actually purchased a product because of a micro influencer recommendation, in just the past six months.

The difference therefore often comes down to action. Micro influencers exert a real market force on their followers that super influencers typically don’t. PR firm Edelman found that 58% of people had had their buying behaviour driven by a micro or nano influencer, during a presentation which claimed that ‘relatability is nearly twice as important as popularity for consumers’. This chimes perfectly with the ‘people like me’ research, covered above.

It’s clear then, that the influencer market is both growing and changing, both because of current worldwide circumstances and the evolution of the marketing. The direction of successful travel for most of the marketplace is starting to take shape. Super influencers have trust issues and are mired in a negative engagement trend. Micro influencers have managed to rise above both of those issues whilst also generating increased buyer behaviour.