4 suggested changes to the ASA influencer marketing guidelines from agencies, brands and influencers 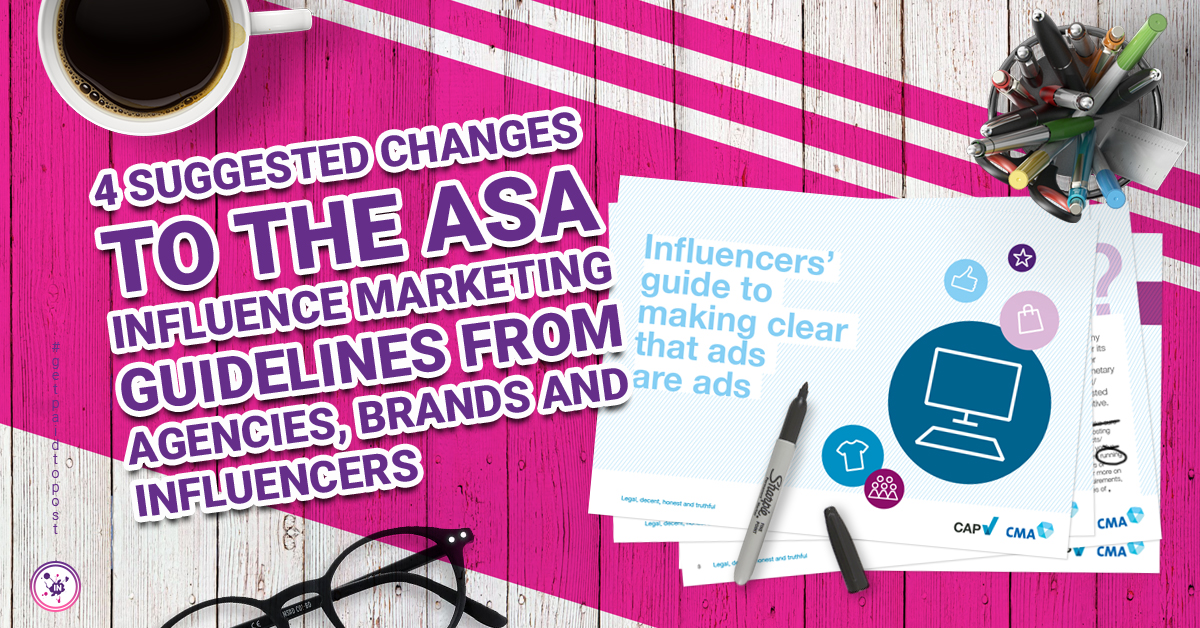 The Advertising Standard Agency’s (ASA) guidelines for influencer marketing received a refreshed look in February. It was a level of admittance by the ASA that perhaps the guidelines, or at least the way they were presented, weren’t particularly clear or friendly to the influencers who needed to read them.

As influencer marketing continues to grow and more brands and agencies enter the space, the ASA guidelines will change further. Whilst it might not seem as though this is happening on a day-to-day basis, the regulator is listening and monitoring what’s happening in the sector and changes in approach will undoubtedly follow.

Because we work closely with agencies, brands and influencers themselves, we’re in a unique position to hear feedback from all three groups. To help with the process of evolving the guidelines and to see where everyone is in their feelings towards them, we asked several connections how they thought the guidelines should change. Here are some suggestions for ASA as we head into the last quarter of 2020 and beyond into 2021.

“At the core of this discussion is the question ‘what is an influencer?’ Micro, nano and brand advocates shouldn’t have the same rules as global super influencers”

“I think the rules become tricky when micro influencers or brand advocates who really adore a service recommend it. Is that always actually an ad, requiring ‘#ad’ in the copy? If an agency or brand has reached out, or a commercial exchange has taken place, then it’s appropriate but otherwise I’m not so sure.

“At the core of this discussion is the question ‘what is an influencer?’ Micro, nano and brand advocates shouldn’t have the same rules as global super influencers.”

“I have around 7,000 followers on LinkedIn - it’s not massive, but it’s more than average and you could say I have ‘influence’ over those followers when it comes to social media. If I have access to a platform and I go on to talk about it I might find myself in a situation where to meet the rules I have to use #ad, but is that really an advertisement? I’m not so sure, particularly when comparing the relationships and fees exchanged at super influencer level.’

“The one question that comes up repeatedly is whether using a paid partnership tool fulfils the disclosure requirements. The current guidance just seems to skirt this issue.”

“Having insider knowledge on how the rules and guidance are created and how they evolve makes this an extra challenging question for me. I could suggest lots of changes but I know that not only is there a solid rationale behind each one, it’s also not a simple process to just change a rule – it usually requires an ASA ruling on that subject. “

“The recent CMA investigation into Instagram’s disclosure tools seems to suggest that paid partnership is an acceptable method of disclosure (and Instagram has committed to improve and extend the feature) so this would be the topic on which I would like to see greater clarity.”

“If a gifted product happens to be in the background of a future post, as a social media user, I personally don’t care that the influencer was given it”

“I think most would agree that the transparency provided by declaring a post an Ad is only positive for the influencer and audience relationship. It builds trust and it hasn’t had a huge impact on engagement and action.”

“If I could change one thing however it would be around past gifting. It's true that with a lot of gifting campaigns there is a prerequisite that the creator posts about the product, which should be declared. However if the product happens to be in the background of a future post, as a social media user, I personally don’t care that they were given it.”

“To be safe, many creators are including declarations at the beginning of a post for past gifting. Followers may therefore think that the influencer is getting paid for ads a lot more than they actually are, potentially turning them off the influencer. It may be better if the rules were changed to only include the declaration on the post(s) that have been promised in return for the product. It should then be relaxed for future content where there is no commercial agreement.”

“To me, as an influencer the guidelines are scary and I feel they could confuse my audience even more. Most of my posts include at least one item that has been gifted, so the majority of my posts would have to have AD or #AD at the start of the text. This is misleading in my opinion, I can't pay my bills with a t-shirt: I didn't get paid.”

“The way I have worked around it is I make it even more clear the product is gifted and I am not being paid by using AD-GIFTED. I have seen some creators get away without making it clear they have been gifted or been paid for something, which isn't right.  So I am hoping my audience can understand the difference between when I am a part of a campaign or when I am just sharing something I love.”

What do you think?

Do you have a strong opinion on the ASA guidelines? Or a suggestion for how they should change?

We’d love to hear from you and we’re happy to feature more comment and opinion in future posts. Just let us know what you think at the email address below. 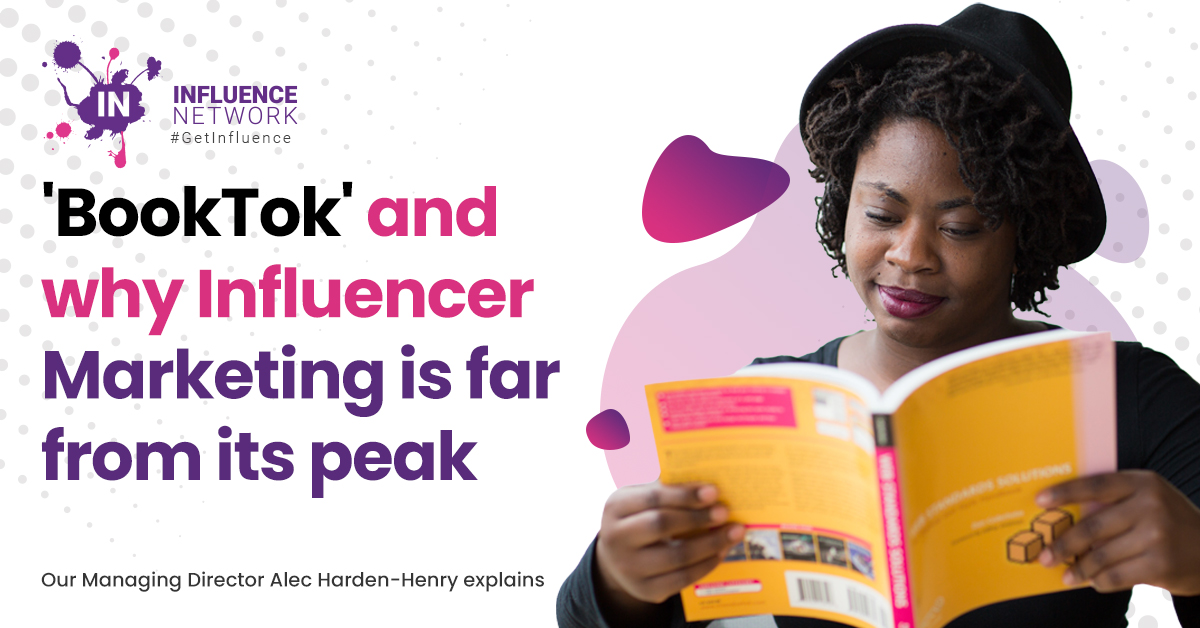 'BookTok' and why Influencer Marketing is far from its peak 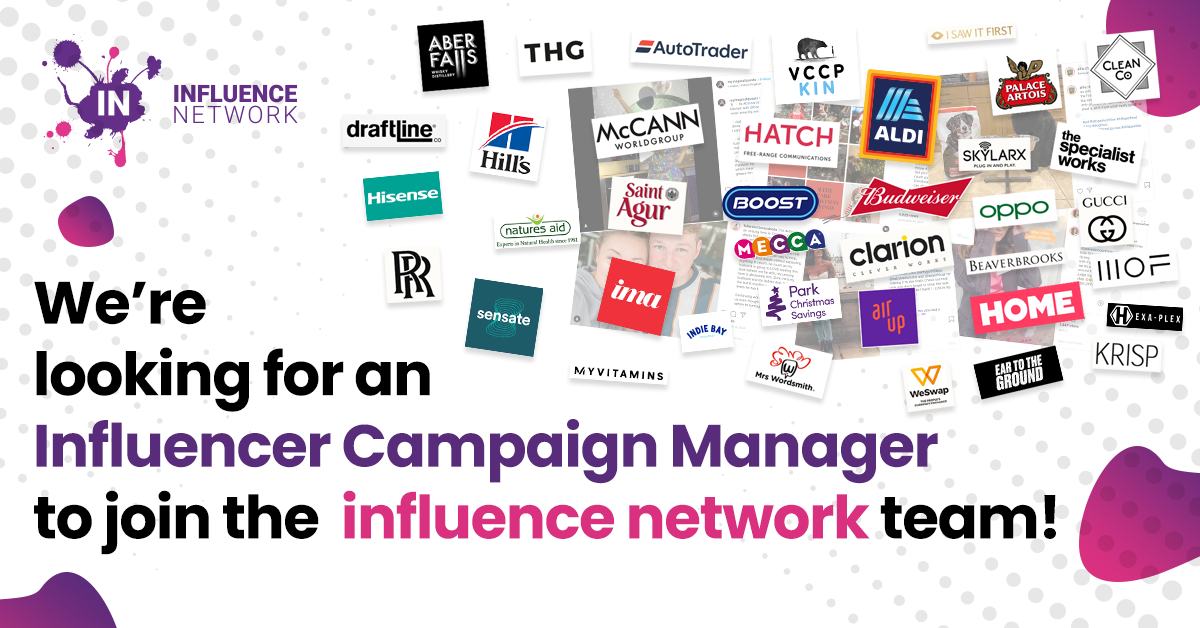 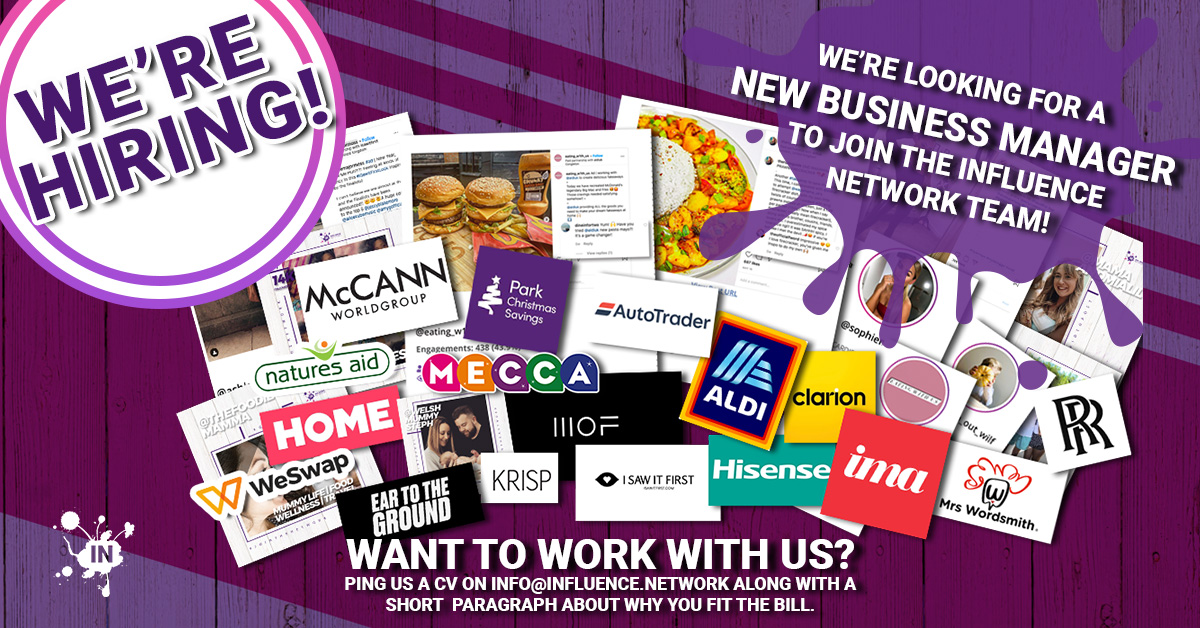